The lining of the uterus is called the endometrium. Sometimes, endometrial tissue grows elsewhere in the body. When this happens it is called endometriosis.

Endometriosis can cause pain before and during the menstrual period. For some women, the pain is mild. For others, it can be severe. Endometriosis also may lead to infertility.

The lining of the uterus responds to changes that take place during a woman’s monthly menstrual cycle. The cycle usually is about 28 days. First, the endometrium grows and thickens to prepare for a possible pregnancy. If pregnancy does not occur, the endometrium is shed by bleeding and then thins. These changes are triggered by hormones (estrogen and progesterone) made by the ovaries.

With endometriosis, endometrial tissue is found in other areas of the body. It looks and acts like tissue in the uterus. It most often appears in places within the pelvis:

Endometrial tissue may attach to organs in the pelvis or to the peritoneum, the tissue that lines the inside of pelvis and abdomen. In rare cases, it also may be found in other parts of the body. Endometrial tissue that grows in the ovaries may cause a cyst (also known as an endometrioma) to form.

Endometrial tissue outside the uterus responds to changes in hormones. It breaks down and bleeds like the lining of the uterus during the menstrual cycle. The breakdown and bleeding of this tissue each month can cause scar tissue, called adhesions. Adhesions can cause pain. Sometimes, adhesions bind organs together.

The symptoms of endometriosis often worsen over time. In many cases, treatment may help keep the condition from getting worse.

Who Is at Risk?

The main symptom of endometriosis is pelvic pain. Pain may occur with sex, during bowel movements or urination, or just before or during your menstrual cycle. Menstrual bleeding may occur more than once a month. Endometriosis also may cause infertility.

Although these symptoms may be a sign of endometriosis, they could also be signs of other problems. If you have any of these symptoms, see your doctor.

No one is certain of the cause of endometriosis. For most women, a small amount of blood and cells flow through the fallopian tubes into the abdomen during their periods. For women with endometriosis, the cells in the blood that flows through the tubes attach to other places and grow. Endometrial cells also may be carried through blood and lymph vessels.

Many women with endometriosis have no symptoms. In fact, they may first find out that they have endometriosis if they are not able to get pregnant. Endometriosis is found in about one third of infertile women.,/p

Women often find that symptoms are relieved while they are pregnant. In fact, many of the drugs used to relieve symptoms of endometriosis are based on the effects of hormones produced during pregnancy.

Endometriosis can be mild, moderate, or severe. The extent of the disease can be confirmed by looking directly inside the body. This can be done by laparoscopy.

Sometimes a small amount of tissue is removed during the procedure. This is called a biopsy. The tissue then will be studied in a lab. You will be given general anesthesia for these procedures.

Endometriosis also can be treated during a laparoscopy. If endometrial tissue is found during the laparoscopy, your doctor may decide to remove it right away.

Treatment for endometriosis depends on the extent of the disease, your symptoms, and whether you want to have children. It may be treated with medication, surgery, or both. Although treatments may relieve pain and infertility for a time, symptoms may come back after treatment.

Oral contraceptives. Birth control pills often are prescribed to treat symptoms of endometriosis. The hormones in them help keep the menstrual period regular, lighter, and shorter and can relieve pain. Your doctor may prescribe the pill in a way that prevents you from having periods.

Gonadotropin-releasing hormone. GnRH is a hormone that helps control the menstrual cycle. GnRH agonists are drugs that are like human GnRH but many times stronger than the natural substance. They lower estrogen levels by turning off the ovaries. This causes a short-term condition that is much like menopause.

GnRH can be given as a shot, an implant, or nasal spray. In most cases, endometriosis shrinks and pain is relieved with GnRH use. Side effects in women taking this medication may include:

Treatment with GnRH most often lasts at least 3 months. To help reduce the amount of bone loss from long-term use, your doctor may prescribe certain hormones or medications to take along with GnRH agonists. In many cases, this therapy also may reduce other side effects. After stopping GnRH treatment, you should have periods again in about 6–10 weeks.

Progestin. The hormone progestin also can be used to shrink endometriosis. Progestin works against the effects of estrogen on the tissue. Although you will no longer have a monthly menstrual period when taking progestin, you may have irregular vaginal bleeding. Progestin is taken as a pill or injection. Side effects in women taking this medication may include:

Surgery may be done to remove endometriosis and the scarred tissue around it. In most severe cases of endometriosis, surgery often is the best choice for treatment.

Surgery most often is done by laparoscopy. During laparoscopy, endometriosis can be removed or burned away. Not all cases can be handled with laparoscopy. Sometimes a procedure called laparotomy may be needed. Discuss with your doctor which method may be best for you.

After surgery, you may have relief from pain. Symptoms may return, though. Many patients are treated with both surgery and medications to help extend the symptom-free period.

Symptoms return within 1 year in about one-half of women who have had surgery. The more severe the disease, the more likely it is to return.

If pain is severe and does not go away after treatment, a hysterectomy (surgery to remove your uterus) may be an option. Endometriosis is less likely to come back if your ovaries also are removed. After this procedure, a woman will no longer have periods or be able to get pregnant. There is a small chance that your symptoms will come back even if your uterus and ovaries are removed.

Endometriosis is a long-term condition. Many women have symptoms that occur off and on until menopause. Keep in mind that there are treatment options. A woman can work with her doctor to decide which treatment is right for her.

It also may help to talk with other women who are coping with endometriosis. Ask your doctor or nurse to suggest a support group in your area.

Endometriosis can cause pain and infertility. It often can be treated with success. You may need more than one kind of treatment. If you have any symptoms of endometriosis, see your doctor.

Adhesion: Scarring that binds together the surfaces of tissues.

Endometriosis: A condition in which tissue that lines the uterus is found outside of the uterus, usually on the ovaries, fallopian tubes, and other pelvic structures.

General anesthesia: Type of anesthesia used during surgery in which the patient is given drugs to put them to sleep.

Infertility: A condition in which a couple has been unable to get pregnant after 12 months without the use of any form of birth control.

Laparoscopy: A surgical procedure in which a slender, light-transmitting instrument, the laparoscope, is used to view the pelvic organs or perform surgery.

Laparotomy: A surgical procedure in which an incision is made in the abdomen.

Lymph: A nearly colorless fluid that bathes body cells and moves through a system of lymph vessels and nodes in the body.

Menopause: The process in a woman’s life when ovaries stop functioning and menstruation stops.

Pelvic exam: A manual examination of a woman’s reproductive organs.

Peritoneum: The membrane that lines the abdominal cavity and surrounds the internal organs.

Ureters: A pair of tubes, each leading from one of the kidneys to the bladder.

Uterus: A muscular organ located in the female pelvis that contains and nourishes the developing fetus during pregnancy.

This Patient Education Pamphlet was developed under the direction of the Committee on Patient Education of the American College of Obstetricians and Gynecologists. Designed as an aid to patients, it sets forth current information and opinions on subjects related to women’s health. The average readability level of the series, based on the Fry formula, is grade 6–8. The Suitability Assessment of Materials (SAM) instrument rates the pamphlets as “superior.” To ensure the information is current and accurate, the pamphlets are reviewed every 18 months. The information in this pamphlet does not dictate an exclusive course of treatment or procedure to be followed and should not be construed as excluding other acceptable methods of practice. Variations taking into account the needs of the individual patient, resources, and limitations unique to the institution or type of practice may be appropriate. 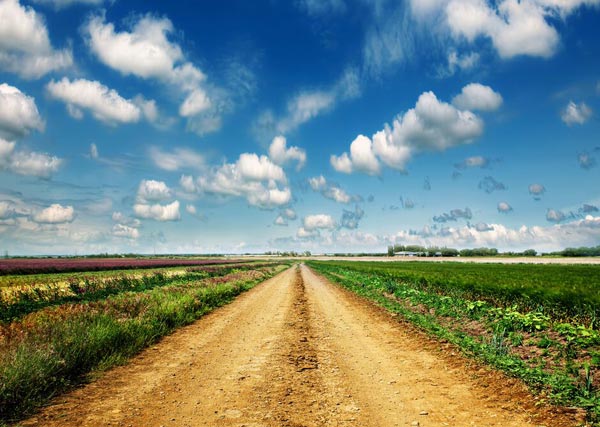 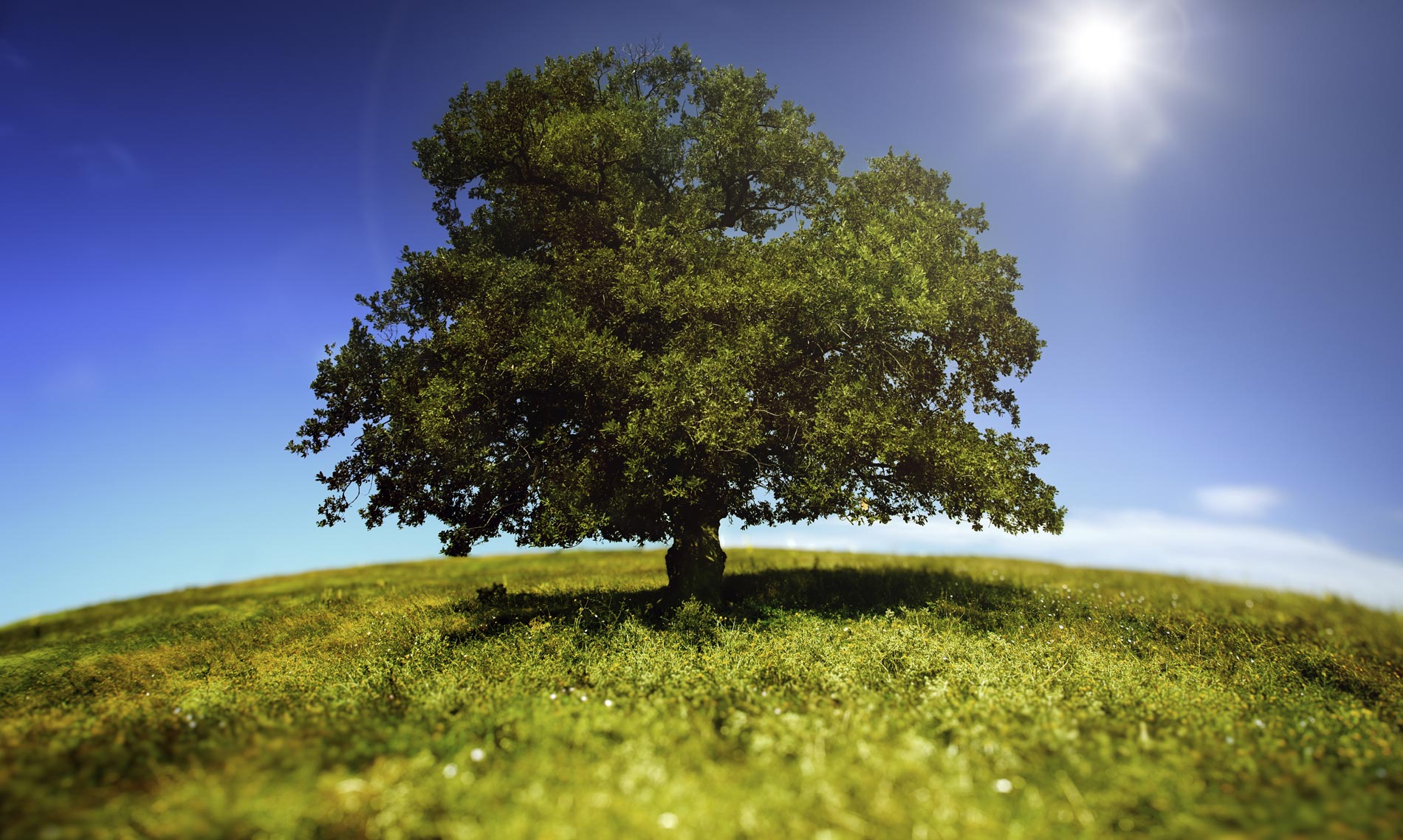