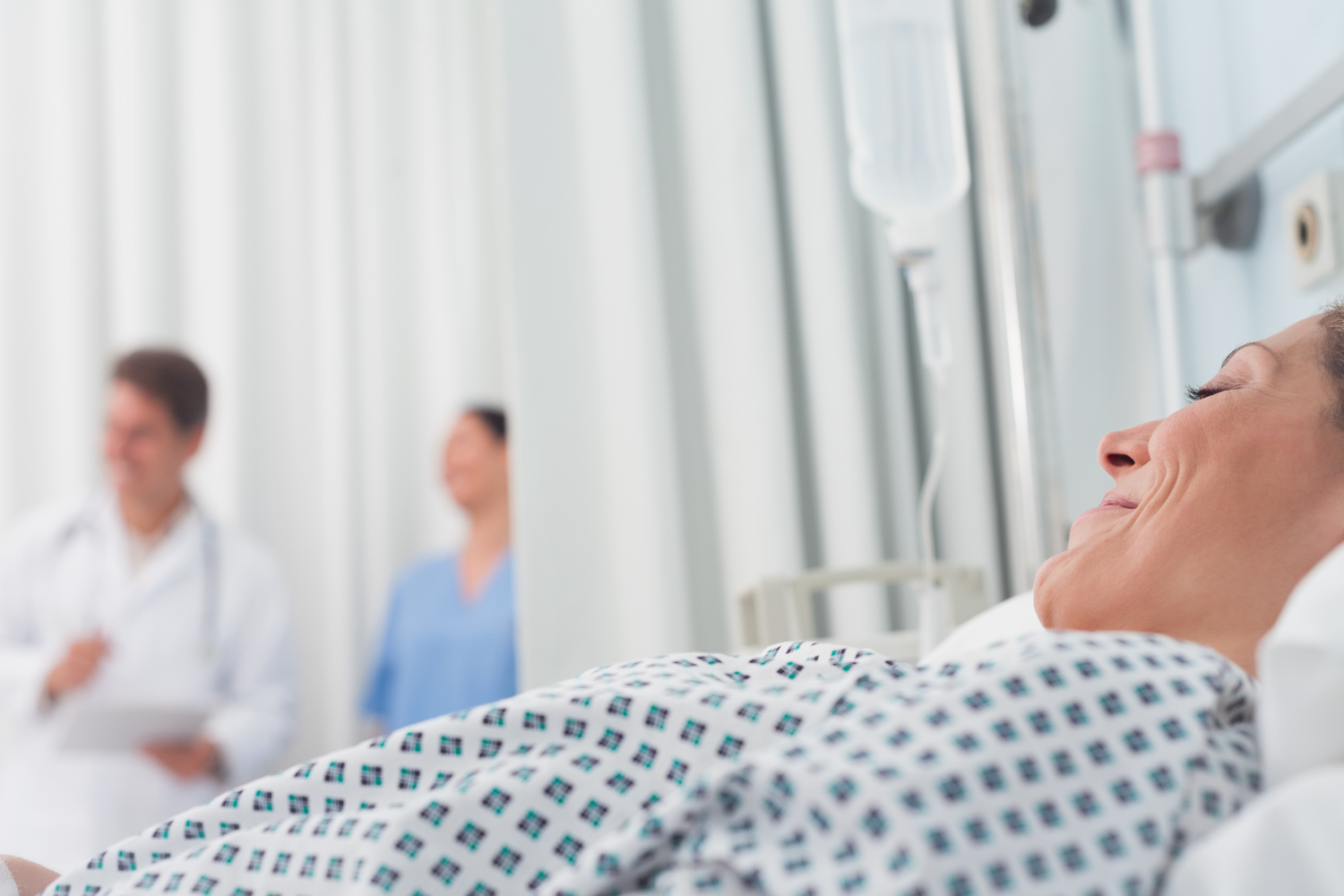 Hysterectomy—removal of the uterus—is a way of treating problems that affect the uterus. Many conditions can be cured with hysterectomy. Because it is major surgery, your doctor may suggest trying other treatments first. For conditions that have not responded to other treatments, a hysterectomy may be the best choice. It depends on the effect of the condition and the surgery on your life. You should be fully informed of all options before you decide. This pamphlet explains:

Hysterectomy is just one way to treat uterine problems. It is major surgery. Your doctor can help you decide whether it is the best option for you.

The uterus is a muscular organ in the pelvis. The opening of the uterus is the cervix. During pregnancy, the uterus holds and nourishes the fetus. In labor, it contracts to help deliver the baby. When a woman is not pregnant, the lining of the uterus (the endometrium) is shed each month in her menstrual period.

Hysterectomy is the surgical removal of part or all of the uterus. It is the second most common major surgery among women of child-bearing age.

A hysterectomy can be:

A hysterectomy does not include removal of the ovaries and fallopian tubes. When these organs are removed at the same time as the uterus and cervix, it is called a salpingo-oophorectomy.

In abdominal hysterectomy, the doctor makes an incision (cut) through the skin and tissue in the lower abdomen to reach the uterus. The incision may be vertical or horizontal.

Abdominal hysterectomy requires a longer healing time than vaginal or laparoscopic surgery. But there can be advantages to having an abdominal hysterectomy. This type of hysterectomy gives the surgeon a good view of the uterus and other organs during the operation. The doctor may suggest this procedure if you have large tumors or if cancer may be present.

In vaginal hysterectomy, the surgery is done through the vagina. With this type of surgery, you will not have any scarring on your abdomen. Because the incision is inside the vagina, the healing time may be shorter than with abdominal surgery.

With laparoscopically assisted vaginal hysterectomy (LAVH), the doctor removes the uterus through the vagina. Your doctor may suggest LAVH if standard vaginal surgery cannot be done. LAVH involves the use of a small light-transmitting device called a laparoscope. The device is put into the abdomen through a small incision. It lets the doctor see the pelvic organs on a screen while doing the surgery.

Additional small cuts are made in the abdomen to assist the surgery. The uterus is removed through the vagina. Recovery from LAVH is similar to vaginal hysterectomy. However, the time it takes to perform an LAVH can be longer time than a standard vaginal hysterectomy. Laparoscopy also increases the risk of damage to other organs.

It is helpful to know what to expect before any major surgery. Before hysterectomy:

The risk of problems related to hysterectomy is among the lowest for any major surgery. As with any surgery, though, problems can occur. These problems could include:

Before having a hysterectomy, talk with your doctor about the benefits and risks.

If you have a hysterectomy, you may need to stay in the hospital for a few days. The length of your hospital stay will depend on the type of hysterectomy you had.

You can expect to have some pain for the first few days after the surgery. You will be given medicines to relieve pain. You also will have bleeding and discharge from your vagina for several days. Sanitary pads can be used after the surgery.

During the recovery period, it is important to follow your doctor’s instructions. Be sure to get lots of rest, and do not lift heavy objects until your doctor says you can. Also, do not put anything in your vagina during the first 6 weeks. That includes douching, having sex, and using tampons.

If you had a vaginal or laparoscopic hysterectomy, you might feel better before 6 weeks. Even if you feel better, be sure to follow your doctor’s advice about what you can and cannot do.

Work with your doctor to plan your return to normal activities. As you recover, you may slowly increase activities such as driving, sports, and light physical work. If you can do an activity without pain and fatigue, it should be okay. If an activity causes pain, discuss it with your doctor.

Even after your recovery, you should continue to see your doctor for routine gynecologic exams. Pap tests may be needed if a total hysterectomy was done because of cancer or conditions that may lead to cancer. If you had a partial hysterectomy, Pap tests will still be needed.

Hysterectomy can have both physical and emotional effects. Some last a short time. Others are long term. You should be aware of these effects before having the surgery.

After hysterectomy, a woman’s periods will stop. If the ovaries are left in place, they continue to produce hormones. Although the ovaries still function, a woman can no longer get pregnant.

If the ovaries are removed before menopause, hormone-related effects will occur. Your body may seem to go through menopause all at once, rather than over a few years as is normal. If you are younger than 45 years and your ovaries were removed, you may be at risk of early osteoporosis. Your doctor can suggest ways to handle menopausal symptoms and prevent osteoporosis.

Many women have an emotional response to the loss of their uterus. This response depends on a number of factors and differs for each woman.

Some women feel depressed because they can no longer have children. Other women may feel relieved because the symptoms they were having have now stopped. If problems persist, further care may be needed.

Some women notice a change in their sexual response after a hysterectomy. Because the uterus has been removed, uterine contractions that may have been felt during orgasm will no longer occur.

If the ovaries have not been removed, the outer genitals and the vagina are not affected. In this case, a woman’s sexual activity often is not impaired. If the ovaries are removed with the uterus, vaginal dryness may be a problem during sex. Estrogen or other vaginal lubricants can help relieve dryness.

Hysterectomy is just one way to treat uterine problems. It is major surgery. Before you decide whether it is right for you, find out as much as you can about:

For some conditions, other treatment options are available. For others, hysterectomy is the best choice. Your doctor can help you weigh the options and make a decision.

Cervix: The lower, narrow end of the uterus, which protrudes into the vagina.

Endometriosis: A condition in which tissue similar to that normally lining the uterus is found outside of the uterus, usually in the ovaries, fallopian tubes, and other pelvic structures.

Fallopian Tubes: Tubes through which an egg travels from the ovary to the uterus.

Fetus: A baby growing in the woman’s uterus.

Fibroids: Benign (noncancerous) growths that form in the muscle of the uterus.

Laparoscope: A slender, light-transmitting instrument that is used to view the pelvic organs or perform surgery.

Menopause: The process in a woman’s life when ovaries stop functioning and menstruation stops.

Osteoporosis: A condition in which the bones become so fragile that they break more easily.

Ovaries: Two glands, located on either side of the uterus, that contain the eggs released at ovulation and that produce hormones.

Pelvic Exam: A manual examination of a woman’s reproductive organs.

Uterine Prolapse: Sagging of the uterus into the vagina.

Vagina: A tube-like structure surrounded by muscles leading from the uterus to the outside of the body.